Registration is Open for CloudyCon! – Why You Need to Be There

CloudyCon registration is live! Here's why you should attend the first ever conference for FinOps. Cloudability is proud to open registration for CloudyCon – the first ever conference for FinOps! Click here to register. FinOps brings IT, Business and Finance teams together to become more efficient and master their cloud spending. Led by the FinOps Foundation, the FinOps cloud operating model is changing how businesses approach cloud spend and building better, more efficient clouds. Taking pla

AWS RIs vs. GCP CUDs: A Look Below The Surface

AWS' RIs and GCP's CUDs might look the same — but there are some big and important differences when you look below the surface. Amazon Reserved Instances (RIs) and Google Compute Engine Committed Use Discounts (CUDs) are both examples of getting a discount by committing to buy cloud services “in bulk” ahead of time. Commitments like these are an alternative to buying services on demand for just what you need. Whether you plan to use a hybrid strategy that encompasses both clouds, or are lookin

Learn how DataVisor built a culture of real-time cost tracking to uncover optimization initiatives that could be taken to improve cloud spend and utilization. DataVisor Enterprise is a robust, AI-based fraud detection solution that combines best-in-class machine learning technology and a powerful investigative workflow to protect businesses and their users against the most sophisticated forms of fraud and abuse. The huge volume of customer data processed by Datavisor on a continuous basis resu 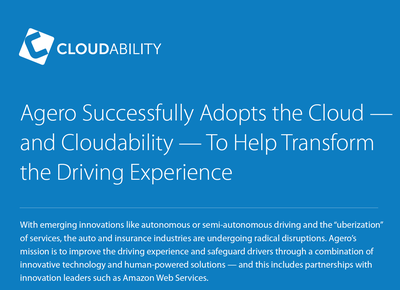 Cloud continues to become easier to use, but controlling costs and usage can get complex. Here are two scenarios where a cloud migration strategy can boost business and financial agility at scale, no matter where your organization is in its cloud journey. After an exciting AWS re:Invent 2017 and with cloud growth continuing to boom, there’s no surprise that many enterprises are starting to fully adopt the cloud. Along with those large entities, many nimble, cloud-native companies continue to sp

Your Cloud Journey is Complex, But We Can Help

How Cimpress Saved on AWS and Gained Critical Insights

The cloud is complicated no matter how large or small your business is. Being a global company with 28 different business units running on AWS makes it even more complex. Cimpress is a global leader in customizable printed goods, and like other large companies scaling on the public cloud, Cimpress’ teams started encountering challenges when it came to getting an accurate picture of their cloud spending and usage. When they first approached Cloudability the main goal was to address their lack of

This week, Cloudability moved into its “new” office space — well, new to Cloudability. 334 NW 11th has been home to many significant players in the Portland tech space over the years, including Simple, Jama, Urban Airship and Opal, and now Cloudability is continuing the building’s story. 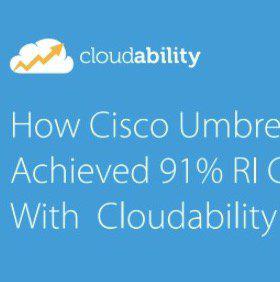 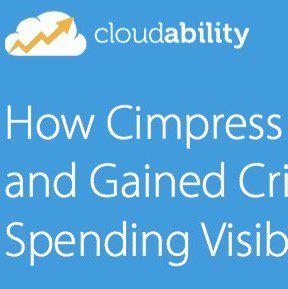 Learn how Cisco Umbrella worked with Cloudability to immediately increase cloud cost accountability and management while improving their AWS RI coverage to a staggering 91%. When businesses want to scale quickly on Amazon’s public cloud (AWS), Reserved Instances (RIs) are generally the quickest path to savings. For organizations large and small that are willing to commit to an RI saving strategy and put a culture of cost management in place, the rewards can be massive. Led by Engineering Manag 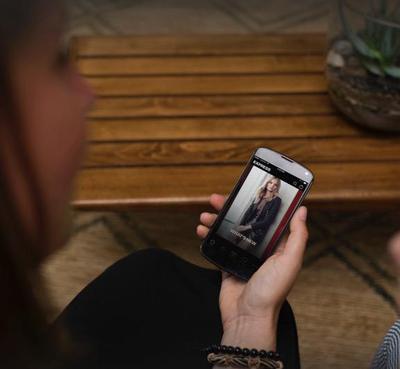 From the time a user first opens your app, through the initial hours and days of their engagement, this phase of the user lifecycle is known as “onboarding.” Learn how to make app users "stick" with on boarding best practices. 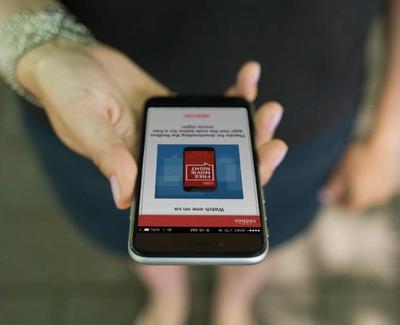 Learn what qualifies as mobile engagement, and hear some critical take-aways for putting it to work for your brand’s app. 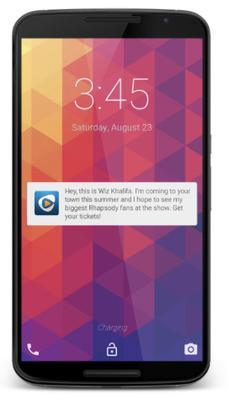 Learn how Rhapsody partnered with BandPage to connect fans with their favorite artists and create new revenue streams for the company and musicians. 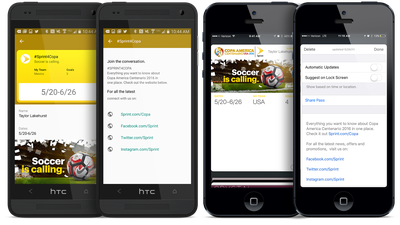 Blog Post: Sprint Goes for the Goal at Copa América with Mobile Wallet

As a major sponsor of the 2016 Copa América Centenario, Sprint is helping to celebrate fans' passion for soccer in the tournament's 100th year, which is being held for the first time ever outside of South America in 10 locations across the United States. Not only can Sprint customers watch every live match of 2016 Copa América Centenario for free with no data charges when they sign up for the fuboTV app (after 60 days, pay $9.99/mo plus data usage), Sprint’s next-level sweepstakes offers the ch 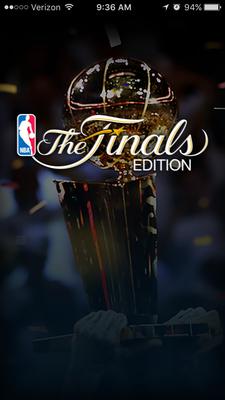 The NBA finals begin tonight, with the Cleveland Cavaliers taking on the Golden State Warriors in the Bay Area, and Airshippers are caught up in the excitement! Of course, those in our San Francisco office are big Warrior fans, but we’re rooting for the Cavs too. They have achieved great mobile engagement with their app! No matter which team you favor, the NBA app is a great companion to the series. Looking at the app, there are a lot of things they are doing really well to drive greater mobile 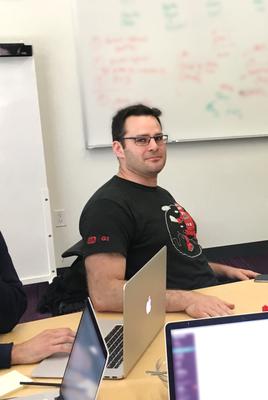 Blog Post: All in a Day’s Work at a Hackathon

Last week, Urban Airship engineers visited Google HQ to participate in an Android Pay Hackathon, coming on the heels of Google IO. A hackathon is an event in which a group of engineers, developers, etc. meet with a single goal in mind: to architect and code your way to a solution in the quickest, most efficient way possible. It’s exciting — exercising both adrenaline and technical creativity amongst your cohorts. In attendance were Urban Airship engineers Stefan Lynggaard, Jamie Clinton and Jef 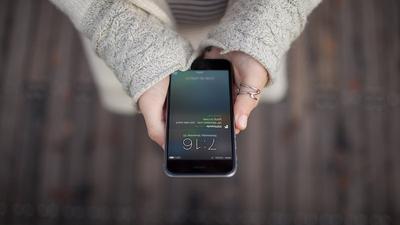 Blog Post: How To Achieve an 878% ROI on Mobile Engagement Initiatives

Many companies in the consideration stage of growing direct mobile relationships with customers might start by assessing if the expense compared against the benefit. Calculating a proposed return on investment (ROI) before committing to a new expense can be challenging, but good news! We worked with Forrester Consulting to help with the task. A September 2015 study conducted by Forrester Consulting, “The Total Economic Impact of Urban Airship’s Mobile Engagement Platform,” and commissioned by U 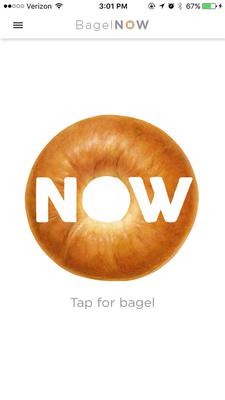 Blog Post: The Best App We Have Ever Seen: BagelNOW

Holes — they’re everywhere. But what if a hole could mean a whole new world … of opportunity? Enter BagelNOW, the premier bagels on-demand service and a powerful, user-friendly app for iPhone and Android. Think of BagelNOW as an Uber, but for bagels. At Urban Airship, we know that engaged mobile users become lifelong brand advocates, and a crucial component of mastering mobile engagement is giving your users what they want. BagelNOW gives consumers exactly what they want — bagels — when they w 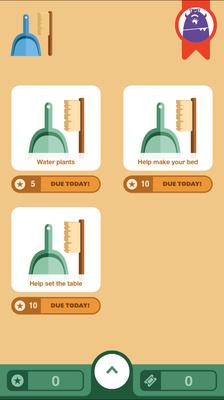 Blog Post: Do You Feel Lucky? How Apps Can Use Gamification to Foster Mobile Engagement

St. Patrick's Day has us thinking about luck. It’s a great feeling when luck is on your side — in fact, the feeling of winning is often so good that it’s enough to make a behavior into a habit. Many of today’s leading mobile apps use this great feeling as a motivator to get users to return to their apps again and again by employing gamification. “Gamification” is the use of game mechanics and rewards in non-game applications to increase engagement and loyalty. Incorporating elements such as luc
Load More Articles
Close ✕